Portumna Castle and Demesne occupy a magnificent location on the shores of Lough Derg on the River Shannon. Although gutted by fire in 1826, the Castle is still an imposing example of Irish architecture of the early 17th Century. Built before 1618 by Richard de Burgo, 4th Earl of Clanricarde, the castle became the main seat of the de Burgo family for over 200 years.

The imposing façade of the castle faces north and is approached by a long avenue and formal gardens. The dramatic approach has three formal enclosures which contain geometric and regular plantings, an old shrub rose garden and a walled kitchen garden, all combining to re-create a sense of the original 17th century setting.

The ground floor of the castle is open to the public and houses an exhibition on the history and restoration of the building and the de Burgo family. The virtual reality DVD presentation adds to the exhibition, bringing the story to life. 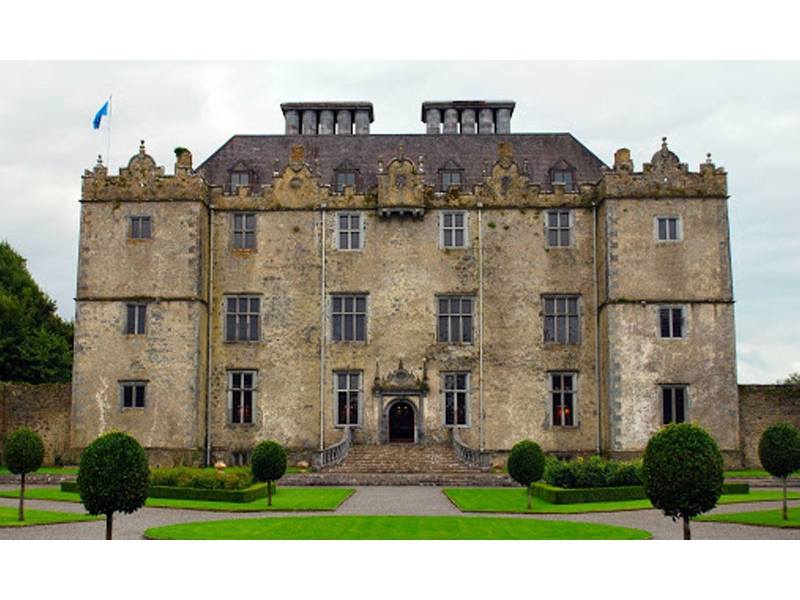